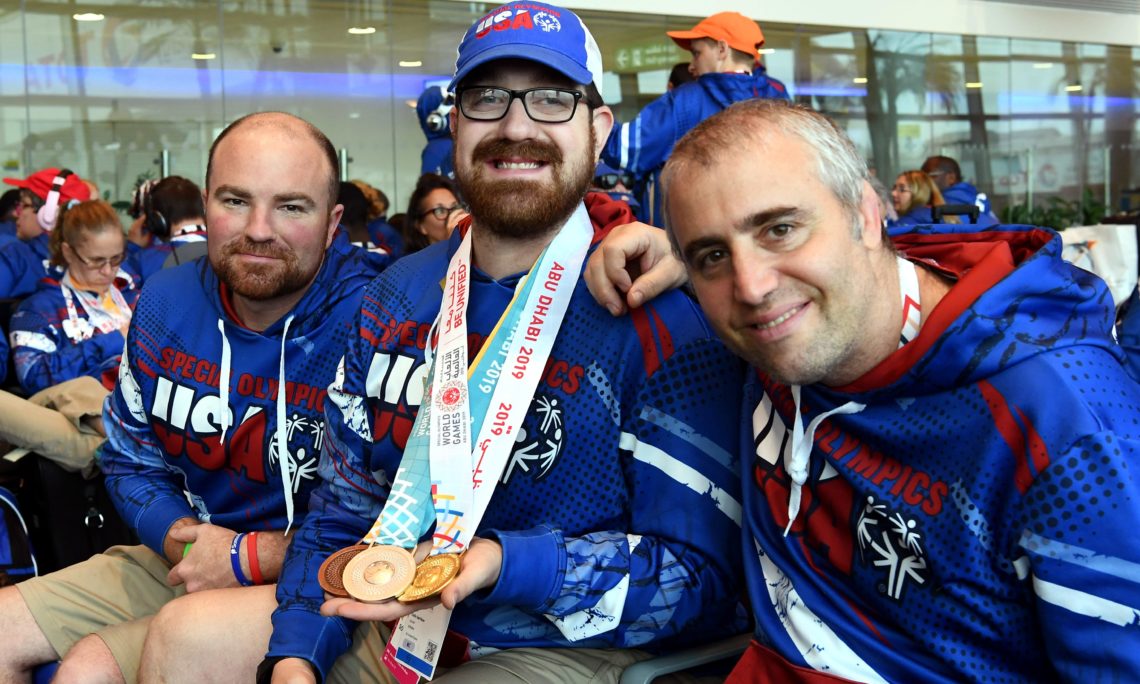 23 March 2019, Abu Dhabi, UAE: The U.S. Special Olympics Team has departed from Abu Dhabi International Airport’s (AUH) U.S. Customs and Border Protection (CBP) Preclearance facility, the only one of its kind in the Middle East, Africa, and Asia.

The team, consisting of 305 athletes, 30 coaches, and 10 medical providers, enjoyed a seamless departure through the U.S. Customs Preclearance process prior to boarding an Etihad Airways flight at 10:20 AM on Friday, March 22. Preclearance leads to faster connections and the ability to exit the airport immediately upon landing in the United States.

Mohamed Nasser Al Otaiba, General Manager of Operations at Abu Dhabi International Airport, said, “We are honored to have had the opportunity to bid farewell to the U.S. Special Olympics team. We have fully staffed operations across Abu Dhabi International Airport to ensure excellent service and world-class customer experience for all of the departing athletes. Our one-of-a-kind U.S. CBP facility has allowed the U.S. team to avoid lengthy queues upon arrival in the U.S., and their baggage has been checked through to their final destination.”

Jason Greene, Customs and Border Protection Port Director at Abu Dhabi, said, “The CBP Preclearance facility at Abu Dhabi International Airport ensures a high level of security is maintained for all passengers departing to the United States. The CBP facility is operated in partnership with Abu Dhabi Airports, and we are proud to support the U.S. Special Olympic Team’s safe and secure return home following the conclusion of the Abu Dhabi 2019 Special Olympics World Summer Games.”

Passengers traveling to New York, Washington, and Chicago on flights operated by the UAE’s national carrier, Etihad Airways, can take advantage of Abu Dhabi International Airports U.S. Customs and Border Protection (CBP) Preclearance facility. Last year, over 500,000 passengers passed through the facility, a testament to its continued appeal to regional and international travelers.