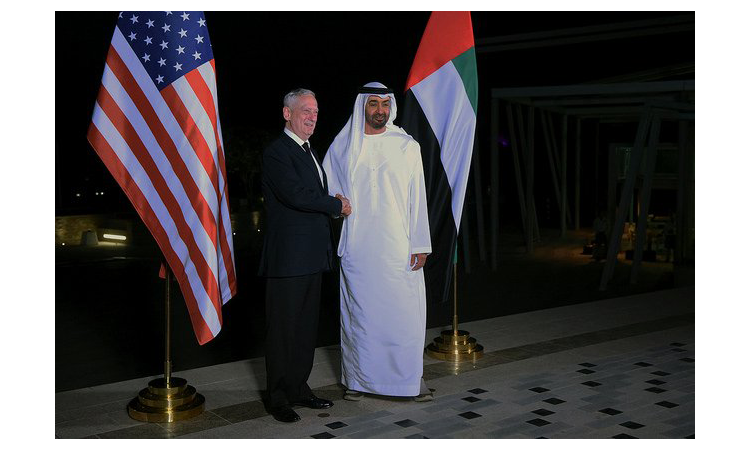 They discussed increasing defense and military ties as well as regional and international issues. They exchanged views on efforts being made to address and tackle these challenges. They also reviewed mechanisms of joint cooperation and coordination to counter extremism and terrorism and their commitment to realizing security and stability in the region and the world at large.

During the meeting, which was held in Abu Dhabi, the two parties also discussed ways of enhancing ties of cooperation and friendship between the UAE and US, especially cooperation and coordination in defense and military spheres.