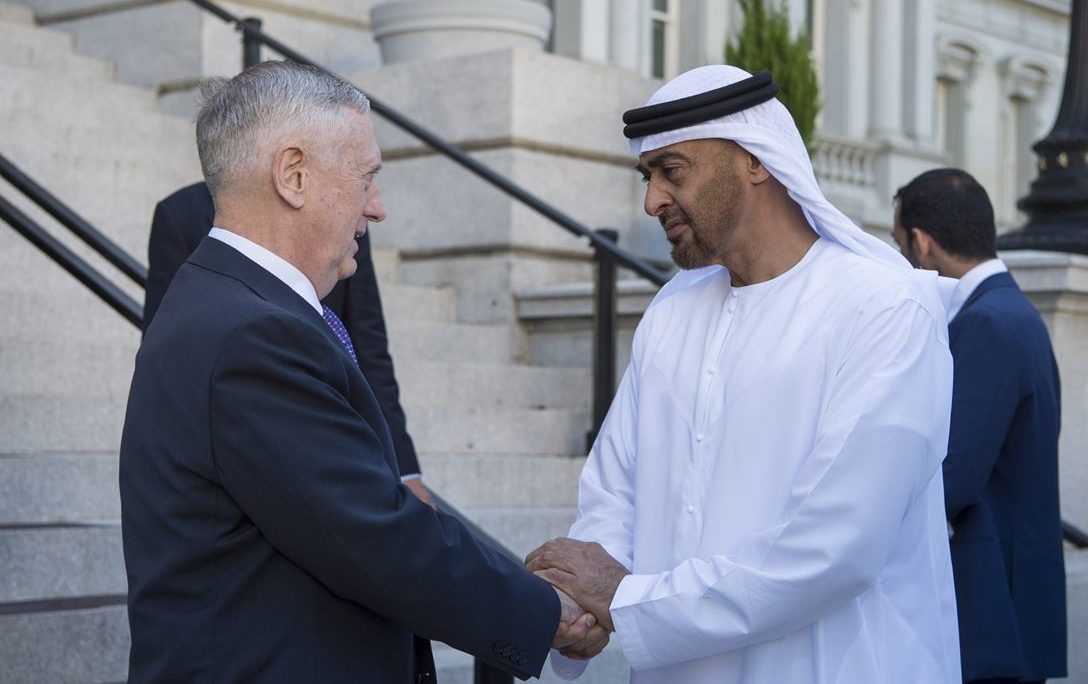 Secretary Mattis and the crown prince lauded the conclusion of a new bilateral defense cooperation agreement, which will enable closer and more agile collaboration against a range of threats over the next fifteen years. Secretary Mattis commented, “The agreement marks a new chapter in our partnership and reflects the breadth and depth of our ongoing cooperation, which is underpinned by the mutual respect we share for the professionalism and efficacy of our armed forces. I look forward to continuing to work with the UAE in support of security and stability in the Middle East and around the world.”

The leaders discussed a range of shared security threats, including the ongoing instability in Yemen and Libya, and the campaign to defeat ISIS in Iraq and Syria. They also affirmed their shared values and interests, including freedom of navigation, territorial sovereignty for the states of the Arabian Peninsula, and the fight against extremism.