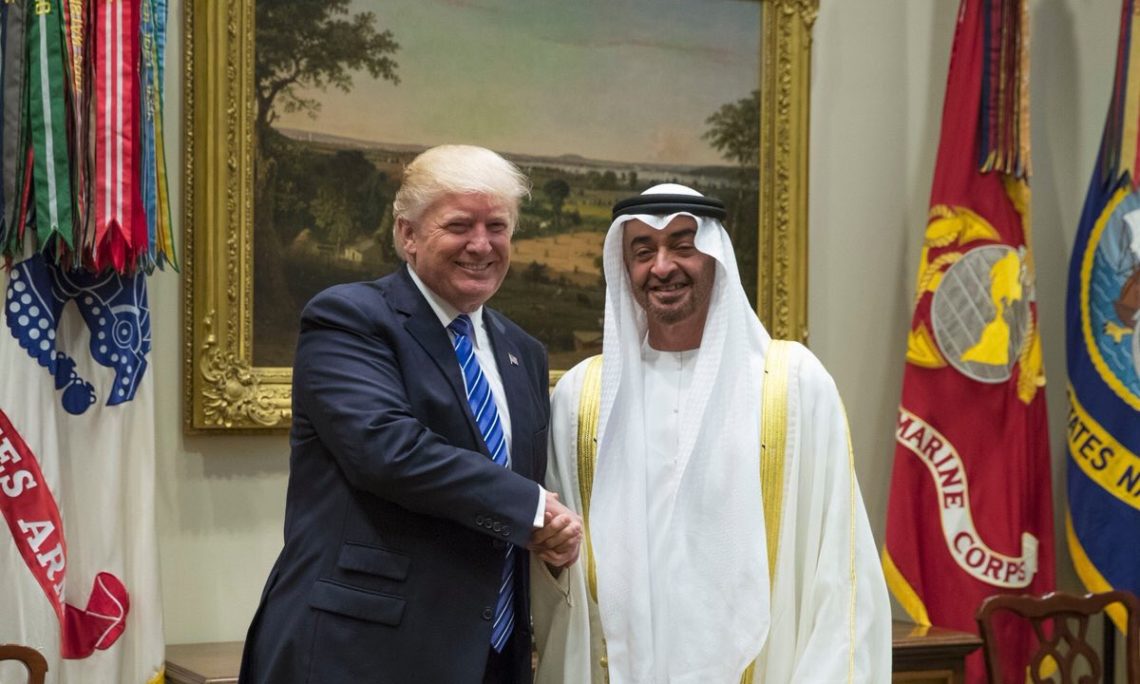 THE WHITE HOUSE
Office of the Press Secretary

President Donald J. Trump welcomed Crown Prince Mohamed bin Zayed Al Nahyan of the United Arab Emirates to the White House today to discuss steps to deepen our strategic partnership and promote stability and prosperity throughout the Middle East. The two leaders discussed bilateral defense cooperation, counterterrorism, resolving the conflicts in Yemen and Syria, and the threat to regional stability posed by Iran. They also explored ways to increase economic cooperation. The United States and United Arab Emirates have a deep and wide-ranging relationship that has advanced both countries’ interests for years. The President and the Crown Prince committed to continuing that positive cooperation