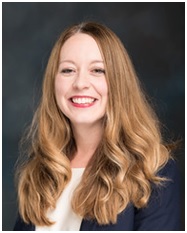 Christine Lawson is a career member of the Foreign Service.  She served as Director of the Office of Near Eastern Affairs in the Bureau of Democracy, Human Rights, and Labor from 2016-2018.  From 2014-2016, she served as the Political Chief of the Syria Transition Assistance Response Team, a joint Department of State and USAID platform based in Turkey, and supported UN-led negotiations on the Syrian conflict.

Ms. Lawson’s previous assignments include Deputy Political Counselor in Baghdad, Iraq, and head of Consulate General Mumbai’s press team.  She also has served as a Watch Officer in the Department of State’s Operations Center and as the Senior Lebanon Desk Officer in the Bureau of Near Eastern Affairs.  Additional overseas tours include London, Bucharest, and Amman.

Ms. Lawson is a graduate of the National War College in Washington, DC.  She holds a Master of Science in Foreign Service from Georgetown University and has a Bachelor of Arts degree in political science and Spanish from Furman University.  Prior to joining the Foreign Service, Ms. Lawson was a Fulbright scholar in Madrid, Spain.  She speaks Arabic, Spanish, and Romanian.