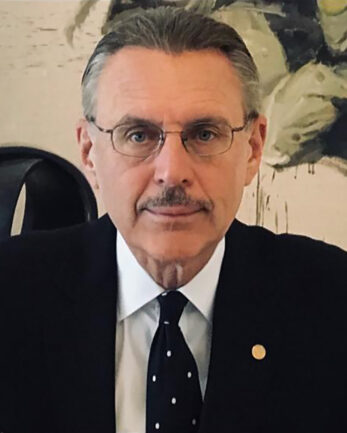 The Senate confirmed John Rakolta Jr. as Ambassador to the United Arab Emirates on September 17, 2019. In this role, Ambassador Rakolta works to strengthen bilateral relations between the U.S. and the UAE across all sectors.

Ambassador Rakolta was a business executive and civic leader in Detroit, Michigan. He previously served as Chairman and CEO of Walbridge, a family-owned construction company that has completed projects across the globe.

A dedicated supporter of his community, Ambassador Rakolta worked with the Detroit Public School System, Coalition for the Future of Detroit Schoolchildren, and the Metropolitan Affairs Coalition to build education, economic opportunity, and civic involvement across the Detroit region.

Ambassador Rakolta earned his BS degree in Civil Engineering from Marquette University in Milwaukee, Wisconsin, in 1970. He has received several awards and honors, including the 2005 Woodrow Wilson Award for Corporate Citizenship from the Woodrow Wilson International Center for Scholars of the Smithsonian Institution. He was named Michiganian of the Year by The Detroit News in 2018 for his advocacy for public schools.

Ambassador Rakolta was born in Oakland County, Michigan (northwest of Detroit). He and his wife Terry have four adult children.